Press • Geo-piracy and the digital single market: now is the time to act

Home / Press / Press • Geo-piracy and the digital single market: now is the time to act The TV industry is not reacting fast enough to the growing US$5 billion geo-piracy problem and this is particularly crucial with the imminent digital single market rolling out in the EU early next year, writes Anna Sainsbury, CEO at GeoGuard. 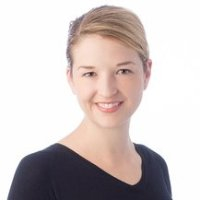 The popularity of premium content drives consumers to seek out less expensive – or even free – ways of accessing it online. And one way of doing this is Geo-Piracy: where viewers use digital circumvention methods like Virtual Private Networks (VPNs) or DNS proxies to fake the location of their IP addresses to gain illicit access to content while evading detection.

While more prevalent in other regions, Geo-Piracy is alive and well in Europe – 17 percent of its Internet users rely on VPNs, according to GlobalWebIndex’s VPN Usage Around the World report. The same study found that 38% of these users are motivated to use VPNs to gain access to better and lower-cost entertainment content – the highest persuader ahead of maintaining anonymity while browsing.

The effects of Geo-Piracy are reducing operators in local markets to passive bystanders that have limited ability to control what content is seen in their region – and when it is seen. Just last year, the Canadian service Shomi shut down because it couldn’t compete with Netflix, as over 2 million Canadians were accessing the US-based content offering through VPNs.

What is a local operators’ problem today will become a rights holder’s problem in the future, as the decrease in the number of local operators will reduce future rights valuations. Now that rigorous checks exist that can identify VPNs, DNS Proxies and other common circumvention methods – and block the illicit access to geo-restricted content – it is important that local OTT operators lobby rights holders to insist that such technologies are now used.

The fact that pirates can find ways to deliver premium content at a fraction of the cost – or no cost – is disastrous for the content industry. The updated EU copyright rules, coming into play in 2018, will only exacerbate this issue – unless content owners insist that territorial distribution rights are upheld, and sensitivities around the need for local programming to be protected are respected.

While the new EU ruling is great news for consumers who increasingly want premium content to be free and accessible, it’s a potential big headache for content providers. Content portability access is based on point of consumption, and if the location of that consumption is unknown – or, more likely, deliberately hidden or ‘spoofed’ – then it’s possible for consumers to easily tune-in to content from a different country and provider. Domestic broadcasters – who have to be locally licensed, taxed and held to account to their local communities – will be the only ones having to respect local requirements, as their audiences check out of their domestic market and VPN into foreign markets. Content providers and rights holders must therefore uphold the checks and balances for geo-filtering to ensure that their content only remains in the hands of the legitimate, intended users, and the sovereignty of domestic broadcast regulations are not trampled over.

Geo-fencing is one way to do this – validating the point of consumption that ensures users are genuinely in a designated EU region with authorised access to the content, and have not over-stepped their roaming allowance outside of their home country. Methods such as IP geolocation only make an educated guess about what town a user is in based on IP allocations to ISPs. These methods are useless if a user is on a mobile connection as it’s much easier to spoof.

The entertainment industry, therefore, needs to prepare for the ruling by identifying which systems are prone to easy fraud. Without a point of consumption check and knowing where a user is actually based, the content portability ruling is rendered un-workable.